Get spiritual advice from our intuitive psychics and clairvoyants. Psychics available to talk with you 24/7 to guide and reassure you.

Satisfaction guaranteed – that’s our promise to you.

Libra is the Cardinal Air of the zodiac, with the symbol of the Scales. Libras are bastions of balance and diplomacy. They don’t want to rock the boat; they just want everyone to get along. The Libra way is to wait and see, careful observation over time is the hallmark of their insights. Libras have the patience of a saint. They know that going with the flow is the best way in most cases, and rarely force their way into situations.

Libras are often unsung heroes. They are the social glue behind the curtain of group success. They don’t need or want the spotlight; they just want to feel included and know that their opinion is valuable. Libras crave intimate discussion and shine in small groups and one on one settings where real issues are on the table. Libras don’t often take leadership roles, but when they do, they become the philosopher kings of old; benevolent, just, kind, compassionate, genuinely working for the good of all.

Libras are the masters of balance. Work-life balance, emotional stability, relationship balance, physical equilibrium. These people excel in moderation. Social justice and equality in personal relationships are primary concerns for Libras. They like to see that what goes in comes out and that what is unfairly taken is somehow repaid.

The downside to the Libra patience and balance can manifest as sloth or feeling unmotivated. Libra will sometimes mull an idea over for so long, weighing the pros and cons that they have a hard time taking action. Their tendency towards relaxed situations can make them seem slow-moving or unenthusiastic. They’re really just trying to think things over and make the best of the moment, but it may look like inactivity. Another Libra’s challenge is feeling heard. Because they are so worried about other people, sometimes they don’t speak their piece loud enough, and then become frustrated or resentful. For Libra, it’s important to get everyone’s attention so you can say what you need to say. That will keep you feeling included and help you maintain your role in your social groups.

Connect straight through to your selected Psychic Reader and pay on your phone bill. Calls will be recorded and charged at 80p per minute plus your network’s access charge. Age 18+

Who am I Compatible with? 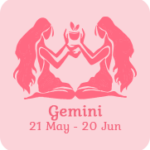 A Gemini and a Libra are practically soulmates and finding each other will bring utmost happiness, passionate love and emotional safety. They can read each other’s minds and are more attuned to what the other is feeling, making conflict resolution quick and easy. 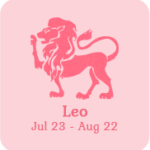 As a social being, a Leo is attracted to the grace and beauty of a Libra. Libra’s calm disposition can ground and inspire Leo to achieve their dreams. In exchange, Leo makes Libra feel secure in their relationship by showering them with love and affection. 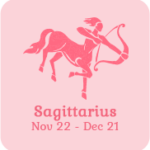 As an outgoing and optimistic person, Libra will be attracted to the equally fun, adventurous and spontaneous Sagittarius. Though Libra is graceful and classy while Sagittarius is rough and ready, the combination is often harmonious. Both signs commit for the long haul and they look at their relationship as larger than themselves. 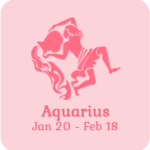 An Aquarius and a Libra is a soulmate connection. There is a natural mental connection that makes conversation and arguments fun and interesting but always rational and objective. As social and outgoing beings, the Libra might sometimes be more sensitive to social expectations than the Aquarius.

Perhaps not so compatible with... 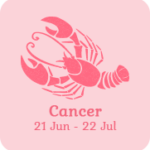 Maintaining a relationship between a Libra and a Cancer might be hard in the long run. Though there is the initial attraction that connects the Libra and the Cancer, the two are looking for different things in each other. While the Libra is looking for a partner and the Cancer is ready to devout their love, the lack of mental connection is not enough for the Libra. 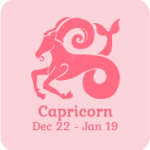 Capricorn’s first instinct to focus on educational and career aspirations to achieve independence does not match Libra’s outgoing and carefree personality. While Libra is looking to secure a loving and long-term relationship, Capricorn may have a tendency to put ambition ahead of a relationship.

As the week begins we will be under the influence of the formation of a 60 degree or sextile angle between Mars and Saturn and this combination of energies will give you the determination and staying power to succeed. This is particularly true when the task in hand is of a manual nature, for example construction, carpentry or mechanics. However, due to your patience and ambition you will be able to realise success in anything that you feel passionate about. You will find it a straightforward process to plan your work methodically and to work in the most efficient way. Again, success can be yours in areas related to learning, teaching practical subjects, endurance sports and adventures that rely on strength. As far as relationships are concerned, loyal people and those seeking strength and reliability will be attracted to you. If this is a new relationship, it will most likely take time for it to grow. The long-term outlook is extremely positive in romantic partnerships.

Tuesday sees Neptune begin its annual retrograde cycle that will last for between 5 and 6 months. Neptune is one of the slowest moving planets and it spends approximately 14 years in each of the zodiac signs. Due to the more relaxed pace, the effects of Neptune’s transit are most likely to be subtle and only reveal themselves over time. Of all the planets, Neptune’s focus is on attaining the ideal world around you. Under the influence of Neptune, you may become aware that boundaries disappear completely, leaving each of us open to having delusions or being deceived. Neptune can also have the effect of creating spaces where you would find it easy to be lost in a dream- like state. In effect, Neptune retrograde presents a less than rosy position. Bearing in mind that Neptune spends in the region of half the year in retrograde results in Neptune losing some of its powers, including the ability of shielding you from the reality of life and exposing the anxieties and unwanted realities in their full glory. The flip-side of the retrograde period is that you can tap into help to find deeper meaning in your entire lives and enable more accurate interpretation of your dreams.

When we get to the middle of the week, a New Moon in the sign of Cancer takes place. The New Moon offers the opportunity to reset our lives, almost akin to being given a gift by the universe every month. The New Moon energy is powerful, particularly when it is directed at new beginnings and planning the next cycle of your life. Think about the things you would like to bring into your reality and write these down. Read your intentions out loud and carry the list with you while the Moon is growing. Don’t be afraid to revise your intentions if you feel it is necessary. To further strengthen your intentions, develop them into affirmations and create a list. Read them aloud and revisit them as the Moon grows. There are many suggestions of actions that can be incorporated into your New Moon practices but a powerful one is to create a dedicated sacred space to focus the Moon energy. This needn’t be to elaborate but would involve setting aside a space in which to locate your list of intentions, affirmations and any objects that reminds you about the New Moon. Obviously, this space would need to be revised to fit with the Moon phases as the time progresses towards the culmination of the Full Moon.

As the week progresses, on Thursday the Moon and Uranus come together to create a sextile formation that is considered to be an easy aspect that reflects the energies of the planets that are co-operating with each other. It is important to realise that the Moon rules the home and family, whereas Uranus brings sudden change in circumstances, similar to a lightening bolt. Also important is that Uranus is also concerned with innovation, independence and invention but this is all achieved in extraordinary and stimulating ways. An outcome that may emanate from this partnership is that you may find it easier to move on from the past and progress towards your future. This is, in part because Uranus also rules the future.

As we move through the week to the weekend, the Moon is in a formation with Venus, called a sextile. This arrangement enables the energies of both heavenly bodies to blend their energies in a co-operative state that brings opportunities to the forefront. Do please be aware that these opportunities may be revealed under the strangest of circumstances. On this occasion, the Moon rules the home and family, alongside emotions, feelings, sensitivities and moods, while Venus rules love, beauty and relationships. Under the influence of these combined energies, the indications are excellent for a happy and successful marriage and home life.

As the weekend opens, Mercury is in a trine formation with Saturn that brings you a serious frame of mind, with good concentration, and a high level of attention to detail. The activities that are particularly well aspected are those that require sustained mental work, such a studying, getting your accounts straight or making major decisions. Also well aspected are situations that require serious discussions, negotiations and business matters. These combined energies would also favour getting anything done with accuracy, arranging long-term plans, signing contracts and maintaining steady progress towards your goals. Any partnerships that are formed at this time will most likely endure. In fact, anything that you turn your mind to should lead to permanent results and achievements.

As the week reaches its conclusion, the Moon forms a trine with Mars and bestows you with the courage to take the lead and initiate action. Your intuition will be strong and you would be advised to follow this inner advice. Additionally, your assertiveness will be enhanced and this will serve you well as you will not be considered as bossy but, rather, you will be seen as being honest and sincere. This period will also be really good for socialising, particularly if you are normally shy as your increased confidence will carry over into your personal life. You may find yourself in a position where you need to stand up for yourself and defend your family but you will handle these demands easily, thanks to the Moon/Mars trine.